Our organic selenium supplement is extracted from mustard seed and contains other natural co-nutrients from the plant. Highly bioavailable and vegan-friendly, this essential trace mineral is a powerful antioxidant that performs several critical functions within the body.

Selenium is essential to stay healthy. Its main role is to support the thyroid and help it use iodine and produce hormones. Selenium is also necessary for a strong immune system, healthy cardiovascular function, and efficient metabolism. Despite its importance, it’s easy to fall short on your selenium intake when relying on food alone. A natural, high-quality selenium supplement is the answer.

That’s why we created an all-natural, plant-based formula made with selenium extracted from certified organic mustard seeds. It’s perfect for ensuring that you consistently get the bioavailable selenium you need to support your health and wellness. Every bottle contains 60 capsules and lasts two months when used as directed.

Selenium is an essential nutrient that supports many of the important processes in your body that keep you healthy. 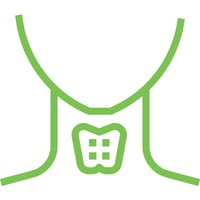 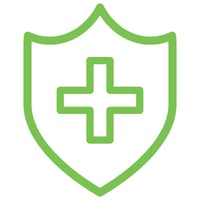 Your immune system can only help you if it’s strong, and selenium can help. As an antioxidant, selenium helps neutralize free radicals and support white blood cells. 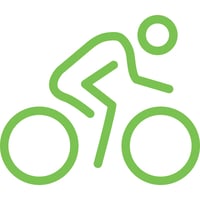 If you’re trying to lose weight but your metabolism says no, selenium could be the tune-up you need. Supporting the thyroid encourages normal metabolic function.

Selenium is an important nutrient that supports everything from your thyroid gland to your immune system. But, unless you regularly eat Brazil nuts, you probably don’t get enough in your diet. There’s no reason to let low selenium affect you when it’s so easy to get what you need with our organic, plant-based formula.

Selenium Benefits, Foods, & Deficiency: All You Need to Know

Selenium (Se) is a trace mineral that supports your body in many ways. It contributes to reproductive health, thyroid health, and helps reduce DNA damage due to its antioxidant nature in certain forms. Nuts, seeds, beans, and some vegetables are rich in selenium, but you can also take this essential micronutrient supplementally when your diet falls short.

How Selenium Benefits Your Body

Selenium is named for the Greek goddess of the moon, “Selene.” A non-metallic, group 16 element, selenium is a member of the oxygen family, which includes sulfur and tellurium.

In addition to being an essential nutrient in the body, selenium is a semiconductor, which means it can transfer electrical energy, but not quite as well as conductors, like metals. As a result of that property, it used in modern electronics.

What Does Selenium Do in the Body?

Several enzymes in the body — selenoproteins — require selenium to function properly. Selenoproteins are particularly important for thyroid gland function, DNA repair, fertility, and sexual reproduction. Selenoproteins comprise part of the enzymes glutathione peroxidase and thioredoxin reductase, which help DNA replication and cell protection. These two enzymes not only protect DNA against oxidative damage caused by free radicals but also repair the damage that does occur. Essentially this means that selenium promotes graceful aging.

Another selenium-containing enzyme called iodothyronine deiodinase converts the thyroid hormone thyroxine (T4) to the more actively used triiodothyronine (T3) by removing one iodine ion. In this way, you must have selenium for your thyroid to properly function.

The Benefits of Selenium

Selenium fulfills several important roles in the body. One of its most well-known benefits is for thyroid support, but selenium has several less-known benefits. It supports metabolic function, prevents DNA damage, plays a role in heart health, and even resists harmful organisms on your skin and in your body, boosting your immunity. Below are the most important benefits this mineral provides for your health:

Acts as an Antioxidant

Oxidative stress causes wear and tear on our bodies that become more and more evident as we age. Antioxidants neutralize free radicals, counteracting the oxidative stress and cell damage they otherwise cause. Along with vitamins C and E, selenium is one of the most important antioxidants for the human body. Selenium’s antioxidant properties typically come when it is in selenoproteins, rather than as a selenium compound (S2).

Selenium is critical for the endocrine system, especially the thyroid gland, which affects metabolism, as well as heart, brain, and muscle function. Selenium helps convert T4 to T3 by removing one iodine molecule through the selenium-containing iodothyronine deiodinase molecule. Thus, selenium is critical for the proper functioning of your endocrine system and thyroid gland.

Selenium has antifungal properties. On the skin, selenium — usually in the form of selenium sulfide (SeS2) — resists the growth of harmful fungus species. It also has been shown to resist the cytotoxic (cell-killing) action of aflatoxins present in certain fungus species. This is one reason why selenium sulfide is an active ingredient in certain dandruff and anti-itch shampoos, conditioners, lotions, and creams. Within your body, selenium also resists harmful organisms, and in that way boosts your immune response to invading pathogens.

Scientific studies found that when asthmatics took selenium supplements, they experienced fewer asthma symptoms than those taking a placebo. People with asthma may have lower selenium levels in their blood, though it is not clear if this is a cause of asthma or an effect of the condition.

Men and women alike who are actively trying to conceive a child should ensure they receive enough selenium in their diets or take supplements. Selenium supplementation strongly increased sperm motility in fully half of the subfertile men in a study conducted in Scotland. Selenium also plays an important role in human conception and pregnancy, and a lack can lead to infertility. Pregnant women with adequate selenium had higher birth weight infants compared with those who had lower blood serum levels of this mineral.

Studies have found that selenium supports heart health by improving blood flow, fights against redness, swelling, and irritation in the body. Studies have linked selenium concentrations in the blood with better cardiovascular health, although the evidence is still accumulating.

Studies link adequate selenium levels to longevity and anti-aging benefits. The main mechanism for this is selenium’s role as an antioxidant, fighting against cell damage, and it even plays a role in defending against serious and even fatal health conditions. Selenium may also help reduce cognitive decline — the reduction in brain function — that happens with age, also due to its antioxidant effects.

How Much Selenium Do You Need?

At Global Healing Center, we measure wellness by the body’s ability to carry out its natural functions and processes. The most important thing you can do to support your health is to sufficiently nourish your body. That means consuming the right nutrients — mainly from the foods you eat. The National Institute of Health’s Office of Dietary Supplements created this Recommended Dietary Allowances (RDA) chart to help consumers understand the daily intake levels for selenium that you should strive for. Adults nineteen and above should take 55 micrograms (mcg) daily. Pregnant and lactating women should increase their intake levels.

If you miss a dose of your daily supplement, do not double up your dose the next day.

Most Americans receive adequate amounts of selenium from their diet, but there are regional differences in intake levels; this happens because its levels vary in soils in different regions, which in turn affects its concentration in vegetables. According to the National Institutes of Health, selenium intake is higher in people living in the Midwestern and Western U.S., and lower in the South and Northeast. Additionally, intake varies by race, with Caucasians having higher intake levels than African Americans.

If you don’t get enough selenium in your diet, you may develop a selenium deficiency. A deficiency is rare but can occur more frequently in people with autoimmune conditions including HIV and Crohn’s Disease.

Taking a selenium supplement can provide a regular, consistent serving of selenium that you need to prevent deficiencies and ensure your body is functioning properly.

You can readily find selenium in many nutritious foods including nuts, beans, and seeds. Selenium is abundant in plants and soil, and as a result, there are many selenium-rich vegetables you can eat. Meat can also serve as a source of dietary selenium, but I recommend eating a plant-based diet for optimal health. Try the following foods for your best boost of this vital mineral.

There are many other foods that contain selenium but are not a natural source. Some of the most common foods, like bread, are made with flour or other ingredients fortified with selenium and other vitamins and minerals — sort of like adding a multivitamin to the recipe. Although this sounds like a good way to help round out the nutritional profile of the food in question, the fortified nutrients are typically synthetic, and the body absorbs nutrients best from the foods it naturally occurs in. Learn more about these foods and others in the 7 Best Vegetarian Foods for Selenium.

There are several types of selenium in supplements and even more forms that are found in nature in plants and animals. The most common selenium forms you will find on the shelf include both inorganic sodium selenite and sodium selenate, and carbon-based selenium forms (organic) selenomethionine or selenium-enriched yeast.

Selenomethionine: Organic selenomethionine is naturally formed in many plants and is the variety found naturally in selenium-rich foods like Brazil nuts, legumes, grains, and fish.

Selenate: An inorganic selenite is a form found naturally in shellfish and vegetables of the Brassica family (cruciferous vegetables like broccoli, cabbage, and Brussels sprouts) and the Allium family (onions, garlic), as well as radishes.

Selenite: This inorganic form is often used in supplements and pet foods. Studies have found it has strong antioxidant properties in this form. It is present in garlic (along with selenomethionine).

The bioavailability of the types varies, but the body absorbs selenomethionine and selenate best, at around 90 percent. In contrast, only 50 percent of selenite gets absorbed.

Selenium itself does not have side effects when taken in the recommended doses but can be toxic at higher amounts. Ingesting too much can result in an overdose or selenium toxicity. which has the following symptoms:

While this is a rare situation, if you suspect you may have taken too much selenium, contact your healthcare provider immediately. As always, keep vitamins and all supplements out of reach of children.

Most people should aim to get their daily dose of vitamins and minerals by eating a mix of fruits, vegetables, seeds, and oils, but where your diet falls short, supplements can help. Most people get enough selenium from their diet, but if you feel you may be at risk of a selenium deficiency or just do not get enough of selenium-rich foods, you can take a supplement. Choosing the right selenium supplement, you need to know two things: the source of the selenium and its concentration. Selenium supplements can be made synthetically or sourced from natural ingredients. The selenium concentration indicates how much selenium each serving provides.

I recommend our plant-based Global Healing Center Selenium supplement. Made from high-quality, certified-organic mustard seed, it’s GMO-free, vegan, and gluten-free. It provides naturally-occurring selenomethionine which has the highest bioavailability of the organic (carbon-based) selenium forms.

Your body uses selenium in several enzymes critical to your body’s healthy functioning, including ones involved in producing thyroid hormones and protecting cells and DNA from oxidative damage, and promoting fertility. Your body does not produce this essential nutrient so you must get it from selenium-containing foods or supplements. Plant-based foods rich in selenium include beans and other legumes, cereal grains, seeds, nuts, onions, and cruciferous vegetables. You can also find selenium in fish, shellfish, and dairy. The best form of selenium to buy is selenomethionine, a naturally-occurring organic form that the body absorbs better than other forms.

The Craft of Herbal Fermentation

The pdf chart is an excellent resource as a precaution for herb-drug combinations to avoid.