The severe pain of serious burns is exacerbated by the need to clean, debride, and redress wounds daily. Pain control is important in healing and recovery from burns, with narcotic and non-narcotic drugs most commonly used. Adverse effects and/or increased tolerance may limit their efficacy. Aromatherapy is increasingly accepted as an adjunct pain control method and is used to reduce stress, anxiety, fatigue, and depression, symptoms that often affect patients with burn wounds. Aromatherapy’s mechanisms of action remain unknown. Damask rose (Rosa damascena, Rosaceae) essential oil (DREO) has been little studied in relation to pain, although some studies report palliative, sleep-promoting, anticonvulsant, and relaxing effects.

The authors conducted a randomized, placebo-controlled, clinical trial of DREO with patients in the burn ward of Besat Therapeutic and Educational Center, Hamadan University of Medical Sciences, Hamadan, Iran, from May to October 2013. Patients were 18-65 years of age; could speak, see, and communicate; and had second- and/or third-degree burns. Patients with inhalation, self-inflicted, or electrical burns; burns on the face or eyes; a history of allergies or respiratory illness; or apparent allergy to DREO during the study were excluded. With a minimum sample size calculated as 23 patients in active and control groups, patients were referred until 54 (27 per group) were enrolled. All received analgesic and sedative drugs 1 hour before and immediately after wound dressing.

Data were collected via a questionnaire covering demographic information and the cause and extent of burn wounds. A visual analog scale was used to measure pain intensity, with 0 representing no pain; 1-3, some pain; 4-6, moderate pain; and 7-10, severe pain. Pain scores were recorded for 2 days at 30 minutes before entering and at 15 and 30 minutes after leaving the wound-dressing room. Following the initial daily pain measurement, patients in the active group inhaled 5 drops of 40% DREO (manufacturer information not provided) in distilled water for 20 minutes via gauze pads attached to their collars; those in the control group inhaled 5 drops of distilled water by the same method. This intervention was administered by nurses, with patients in the DREO group treated in a different room to avoid carryover between patients, without researchers’ knowledge. Gauze pads were then removed before patients were treated by researchers whose noses were covered.

The Craft of Herbal Fermentation 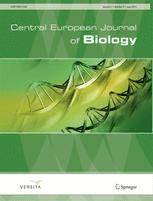 The pdf chart is an excellent resource as a precaution for herb-drug combinations to avoid.