Although constipation is a problem that needs a remedy, and laxatives are often thought of as that remedy, this is a topic that really deserves a second look. There’s been discussions and research that suggest herbal laxatives aren’t without risk.

Laxatives are supposed to be used for the relief of occasional constipation. Constipation is a gastrointestinal disorder that results in difficult or fewer bowel movements. It’s common in Western countries in everyone, children to the elderly. Constipation results from different factors. Low fiber or fluid intake are common causes, as is a lack of physical activity. If you check the ultra-long list of potential side effects that accompany most medications, you’ll find constipation listed on almost all. Bulk-forming laxatives, which have a function describing the name, and osmotic laxatives, which draw fluid into the intestines, are usually recommended first. When ineffective, stimulant laxatives, which contain harsh herbs or chemicals, are a backup plan if the former doesn’t prove effective. However, long-term use of laxatives may be associated with harmful side effects, even added constipation.

When Should Laxatives Not Be Used?

Problems can occur and are especially likely when laxative use turns into laxative abuse. Laxatives are not recognized as an effective way to lose weight, yet some people misuse them with that intent. It’s an ineffective measure- only water weight is lost, absolutely no fat is lost whatsoever, and it can also be dangerous. Just this month an article in the Journal of the International Society of Sports Nutrition Methods examined weight loss methods used by combat sports participants. Among those mentioned as dangerous were laxatives.

How Harmful are Laxatives?

The good news is that according to the University of Pittsburgh Medical Center, there is no evidence that use of stimulant laxatives leads to colorectal cancer. The bad news is that stimulant laxatives can cause structural damage to surface epithelial cells that line the rectum but there is no evidence that use causes structural or functional damage of intestinal nerves or smooth muscle. When constipation is the result of medications, laxatives may produce side effects and drug interactions with those medications.

An eight-year long Italian study to evaluate adverse reactions to herbal laxatives showed that 80% of the cases of adverse effects were by women and gastrointestinal or gallbladder related. Of those, 50% of the cases were serious enough to require hospitalization. The herbal remedies cited to cause problems contained licorice, dandelion, and other plants. The causes were thought due to long-term use, allergic reactions, and interaction with other medications. Researchers noted that while the incidence of an adverse reaction was low, the seriousness of the reactions that did happen was serious enough to warrant caution and eliminate any notion of guaranteed safety.

Other Methods for Relief

Other options to deal with constipation include consuming healthy foods, acupuncture, and surgery. Increased physical activity, fluid intake, and dietary fiber can also be effective recommendations but if chronic conditions or illnesses are the reason for decreased physical activity or dehydration, addressing those sources at the root is necessary. Awareness of normal gastrointestinal physiology (when you’re having a good day when you’re having a bad day) can be an eye-opener just by itself.

Another interesting form of relief, not commonly thought of, is abdominal massage. An abdominal massage was once an accepted method of addressing constipation but slowly fell out of standard. It’s attractive points are also without glamour- it’s inexpensive, non-invasive, free of side effects, and can be performed by patients themselves. No wonder a drug company wouldn’t promote it. A review of information written about the abdominal massage between 1999 and present found that abdominal massage can increase the frequency of bowel movements in constipated persons – without discomfort or pain.

It seems that most people can probably tolerate occasional laxative use but long-term use is a bad idea and can produce problems. Unfortunately, the real problem is that people who try to remedy chronic constipation with chronic laxative use are not addressing the root causes that are causing them to be constipated in the first place. Does relying on laxatives, every day, to force your body to function sound like a healthy situation? If an inadequate diet is a problem and your digestive system isn’t all it could be you might need a cleansing. Below is our body cleanse diet. It’s a comprehensive approach to replace chronic problems with chronic health.

I want to share with you my general dietary recommendations for what I believe is the healthiest diet for the average person to keep their body healthy and clean. The reason I called it “The Body Cleansing Diet” is because a clean body is a healthy body.

What Is My Diet?

Those who have followed me over the years know that my diet is an ongoing experiment. I constantly try new food combinations as well as fasting, detox, and cleansing programs. I am a former meat eater and became vegetarian in 2000. In my enthusiasm, I tried to go cold turkey. Of course, my body could not handle the shock and I became sick. I learned the importance of giving the body time to adapt to dietary changes. I changed my approach and, over a period of two years, slowly replaced cooked food, meat, dairy, wheat, and other gluten-containing grains with live, raw food. This allowed my body to adapt to a mostly raw vegetarian lifestyle. 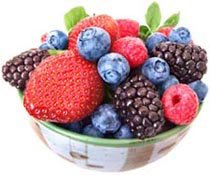 My diet is 95% raw. Occasionally (maybe once a month), or when traveling, I will have steamed or lightly cooked vegetables, soup, or anything else I want. I don’t claim to be perfect; I’m human just like you! I do not focus on restrictions. In fact, I believe focusing on restrictions is the main reason why most diets fail. You shouldn’t restrict your diet, you should add healthier options to your diet. I’ve personally seen and experienced the benefits of a raw, vegan or vegetarian diet and encourage others to consider their own dietary choices.