Will the quest for Pikachu improve the population’s health?

Unless you have been deep-sea diving on Jupiter with your fingers in your ears, you will not have been able to avoid bumping into the phrase “Pokémon Go.”

In just a matter of days, the app became the biggest mobile game that the United States has ever seen, finally eclipsing Candy Crush Saga.

As with any fad, popular news outlets are either praising Pokémon Go or lambasting it as the next plague.

In case you have only just returned from Jupiter, I will briefly explain this new technological phenomenon.

Pokémon Go is a free-to-play smartphone game, based on the Japanese designed Pokémon franchise. The game encourages you to trap, battle, and train virtual creatures, called Pokémon.

Its premise is not dissimilar to a number of other games, but it has one major difference – it is linked to the real world. Using the mobile device’s GPS capability, players are required to physically walk around their local area, hunting out hidden characters within real-world maps.

Although the Pokémon Go concept itself is relatively standard, the game has the unusual ability to get gamers up and out of their chairs and moving around outdoors.

The effect of any app, game, or new technology on a population is likely to be minimal. That is, unless its uptake is huge; with Pokémon Go, the uptake certainly is huge.

Following its release in Australia, New Zealand, and the U.S., the pressure on the game developers’ servers was far greater than expected. They had to postpone upcoming releases in other regions until they could strengthen their technology sufficiently to cope with the demand.

Within 2 days of Pokémon Go‘s U.S. release, it was installed on an estimated 5 percent of all Android devices in the country. As of July 12, Pokémon Go boasted around 21 million active users.

With so many players, the game has the genuine ability to influence public health. The question is, will Pokémon Go yield positive health outcomes, or is it a potential death trap?

Computer games are not generally considered to be good for one’s health. Other than the Nintendo Wii, computer games are often attacked for rewarding a lack of exercise. Pokémon Go, however, is a different beast.

The scourge of the sofa

First and foremost, Pokémon Go is getting younger (and older) people out of the house and moving around. This offers a huge potential benefit for the health of the population.

Researchers have demonstrated time and time again that a sedentary lifestyle is detrimental for a number of health parameters.

A study published in 2012, for instance, concluded: “Sedentary time is associated with an increased risk of diabetes, cardiovascular disease, and cardiovascular and all-cause mortality.”

Another, published in 2015, found that long periods of sitting, regardless of fitness level, had a negative impact on health. The researchers concluded: “Prolonged sedentary time was independently associated with deleterious health outcomes regardless of physical activity.”

In that respect, Pokémon Go could have a very positive impact. If millions of Americans are walking farther than they normally would, on a daily basis, that has the potential to produce a significant benefit to public health.

Other than the cardiovascular benefits of a swift stroll, being coerced into the great outdoors has other potential perks.

A meta-analysis, published in the journal Mental Health and Physical Activity in 2012, concluded that, although evidence from randomized, controlled trials is limited, “walking has a statistically significant, large effect on the symptoms ofdepression in some populations.”

Major depressive disorder affects an estimated 14.8 million American adults. Even if Pokémon Go only tempts a small number of these individuals outside, it could produce a significant upswing in their mental health.

Srsly though, I haven’t felt this comfortable leaving the house in years. #PokemonGO is helping with my anxiety & depression & it’s amazing.

Anecdotally, other Pokémon Go players have reported the benefits of interacting with people they would have never otherwise spoken to. Modern society has a tendency to minimize the amount of human contact we have. For some, an isolated life is no concern. Others, however, can feel lonely.

A British study, published in 2012, titled “Social isolation, loneliness, and all-cause mortality in older men and women,” concluded that “mortality was higher among more socially isolated and more lonely participants.” After controlling for demographic factors and baseline health, social isolation remained a significant predictor of mortality.

Despite the warnings, many Pokémon hunters refuse to look where they are going.

The media has been quick to report on the negative consequences of playing Pokémon Go.

Some of the stories are, no doubt, true. Others are probably exaggerated or beyond the scope of this article (armed robbery, kidnapping, and pedophilia traps, for instance).

One of the many tales of Pokémon woe involves 19-year-old Shayla Wiggins, who was lead to a river on her quest for Pokémon characters.

On her trek, she reported spotting two deer and, more worryingly, one dead human, face down in the river.

Although interacting with dead bodies certainly is a health concern, no one is blaming the creators of Pokémon Go for the incident, and it is doubtful that anyone is predicting that corpse discovery will become a regular issue.

The main, overarching health concern surrounding Pokémon Go is simple: people are not paying attention to where they are going. Injuries are rife and, as the game grows ever more popular, this is likely to worsen. 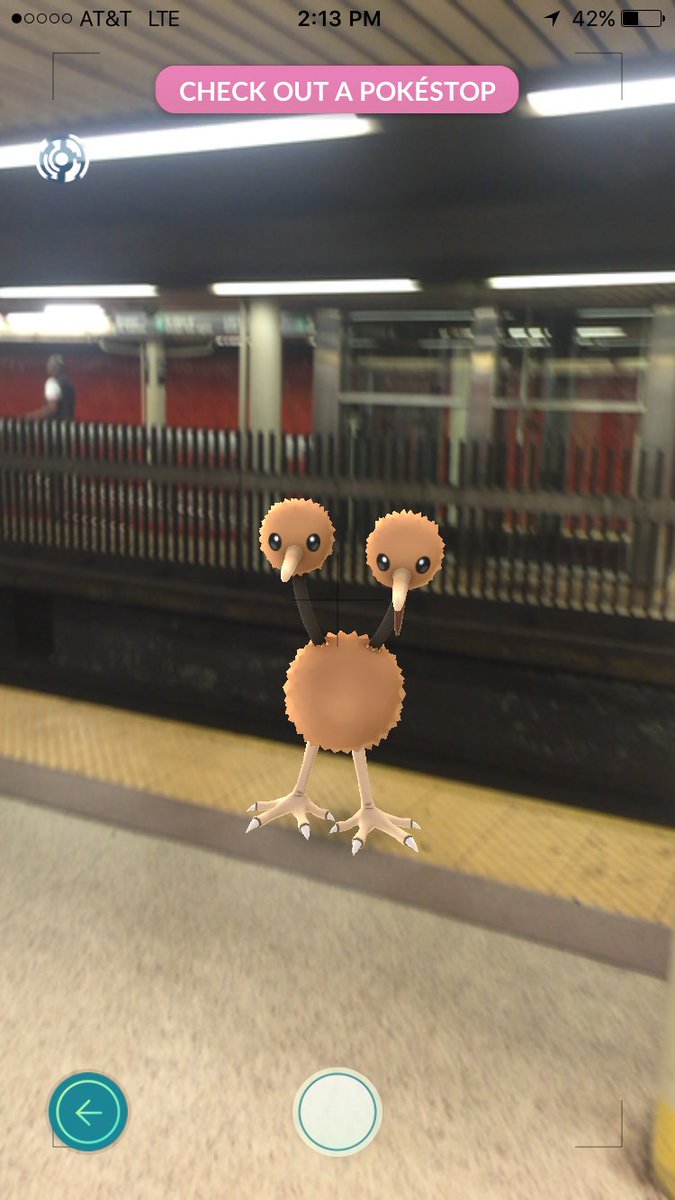 Hey #PokemonGO players, we know you gotta catch ’em all, but stay behind that yellow line when in the subway.

Even more worrying are reports of people being caught playing the game while driving. That is a health concern that needs no explanation whatsoever. And, to a lesser degree, if people are driving on their search for Pokémon, it negates any benefits that could be gained from increased walking.

The most extreme Pokémon Go incident to date occurred last Wednesday in North San Diego County. Two men in their early 20s fell off a bluff while playing the game. One fell at least 75 feet, the other around 50 feet. Both were rescued and suffered “moderate injuries.”

To summarize, there may be some genuine health benefits to playing Pokémon Go; alleviating loneliness and depression, and reducing the chances of premature death are all valiant outcomes. The only real downside, as far as health is concerned, is that players are not paying enough attention to their surroundings.

Regardless of the warnings, people are not likely to pay full attention while they interact with the world of Pokémon Go. The Pokémon-fueled “trespassing epidemic” will no doubt continue, as will stories of people walking into traffic and trees.